Now it was time for a visit from Anders sister so we spent the day cleaning the boat a bit and Anders then walked to meet her at the airport. She was going to spend 2 weeks with us here in Aruba. We spent the first few days in the same anchorage doing some snorkeling, checking out the town and just chilling.

Anders sister also brought us parts that I thought we needed for the generator that has not been working since Grenada. After a completely disassembly of the generator I found a non-functioning diode in the rotor. They were hard getting by so I could only order them on the internet to Sweden. After changing the diodes there was no difference. So after another check on the old ones it turns out they were fine I had just used my faulty multi-meter. So back to the beginning and now I found 2 broken wires on the windings in the stator. So after some soldering and not a very nice looking repair it was finally up and running again. Too bad I did not do a proper diagnose the first time though. 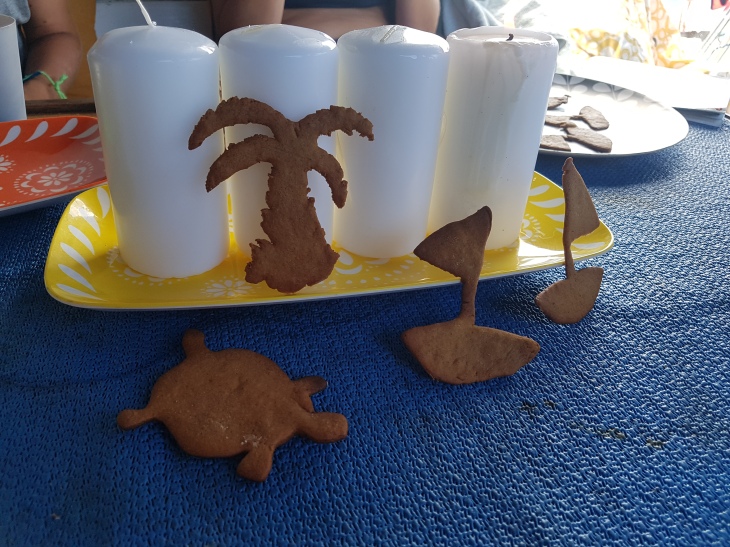 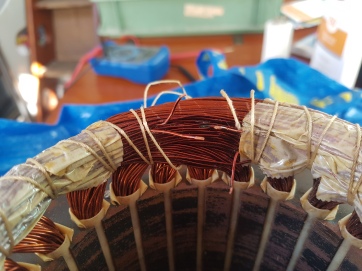 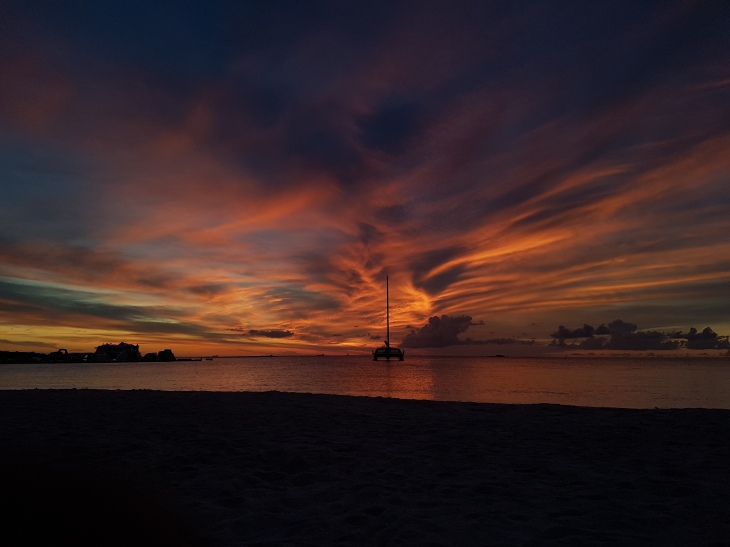 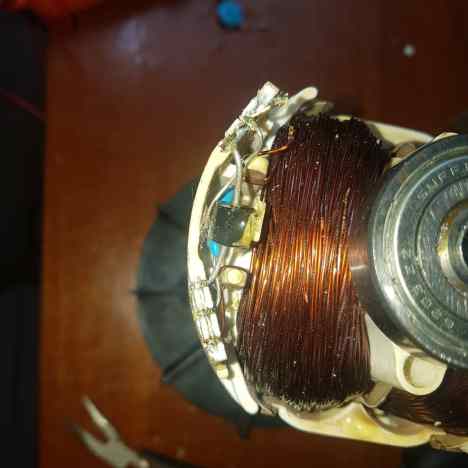 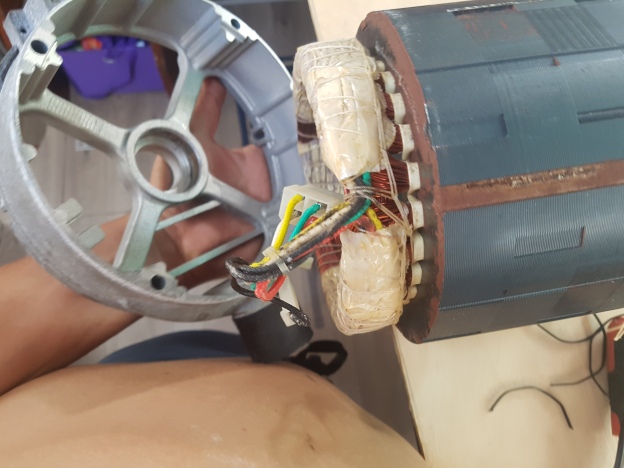 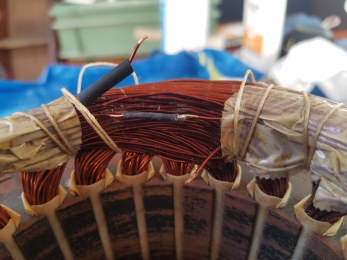 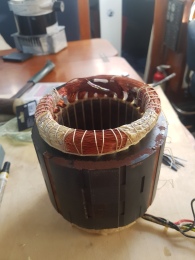 One day we decided to hike a bit on the southern part of the island so we took a local bus and started walking. We were walking on the road for a while and then more or less in the non-existing bush finding an old mine shaft on the way but we were unable to check it out. By noon we arrived at Baby Beach one of Arubas most famous beaches and after some swimming we decided for a beer at the Flintstones restaurant. Sitting there waiting to order we got approached by a girl asking if we wanted to see some caves. We looked a bit confused and were a bit skeptical having read about the caves here but turned the idea down because of them being really touristy with entrance fees and so on. But she talked some more saying they were 3 girls wanted to go but had turned around because they were afraid alone and the just wanted us as company. So we squeezed in all 7 of us in there small car and drove away. About 5 minutes later we stopped in the back yard of local neighborhood. We were of course a bit confused. This can’t be a entrance to the caves. But we walked through some fence and started seeing some caves underneath us. And after climbing down an old three we came to a big cave entrance and started walking in to the cave. And it was huge, easily the biggest cave I have ever been to. It just continued on and on forever. i think it was about a kilometer long and really hot. The cave were apparently only known by some locals and the local girl driving us had heard about it from her husband working nearby.  So we felt really lucky.

After finishing the first cave they asked if we wanted to do another cave and we said yes but we drove back down to the beach again. So we were once again a bit confused but the next cave was an old mine shaft a few meters underground and we climbed down through an old pump house with the ladder rusting away as we climbed it felt like. I was just thinking what our German safety engineer Daniel would say about this one. So we came down to a long tunnel with crystal clear water. We walked in it for maybe 15 minutes before we got bored and tired and turned around. They did not know how long the tunnel was either. So after finishing the cave our guides even drove us back to the boat. It was an amazing day and we thank them so much for taking us. 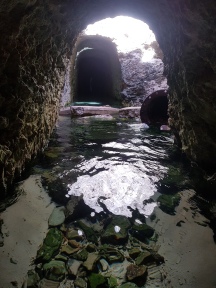 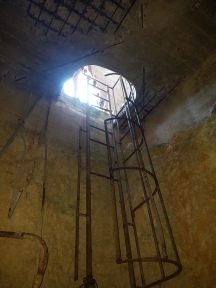 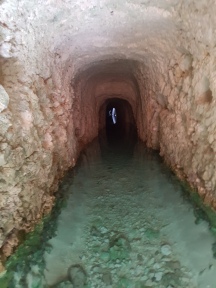 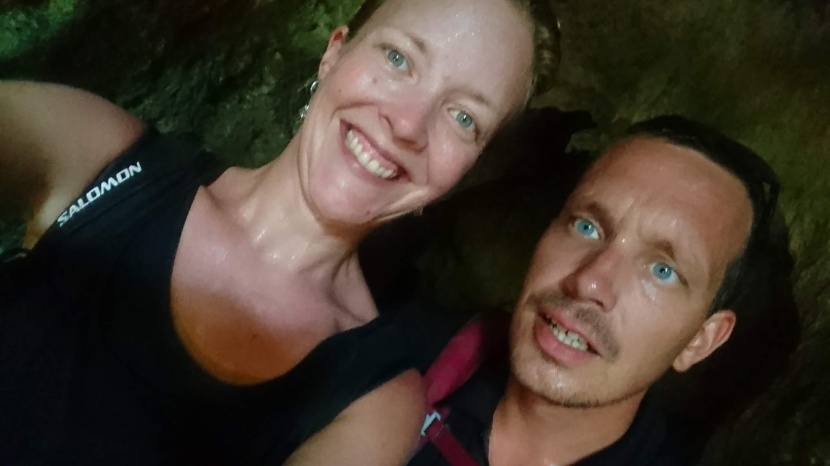 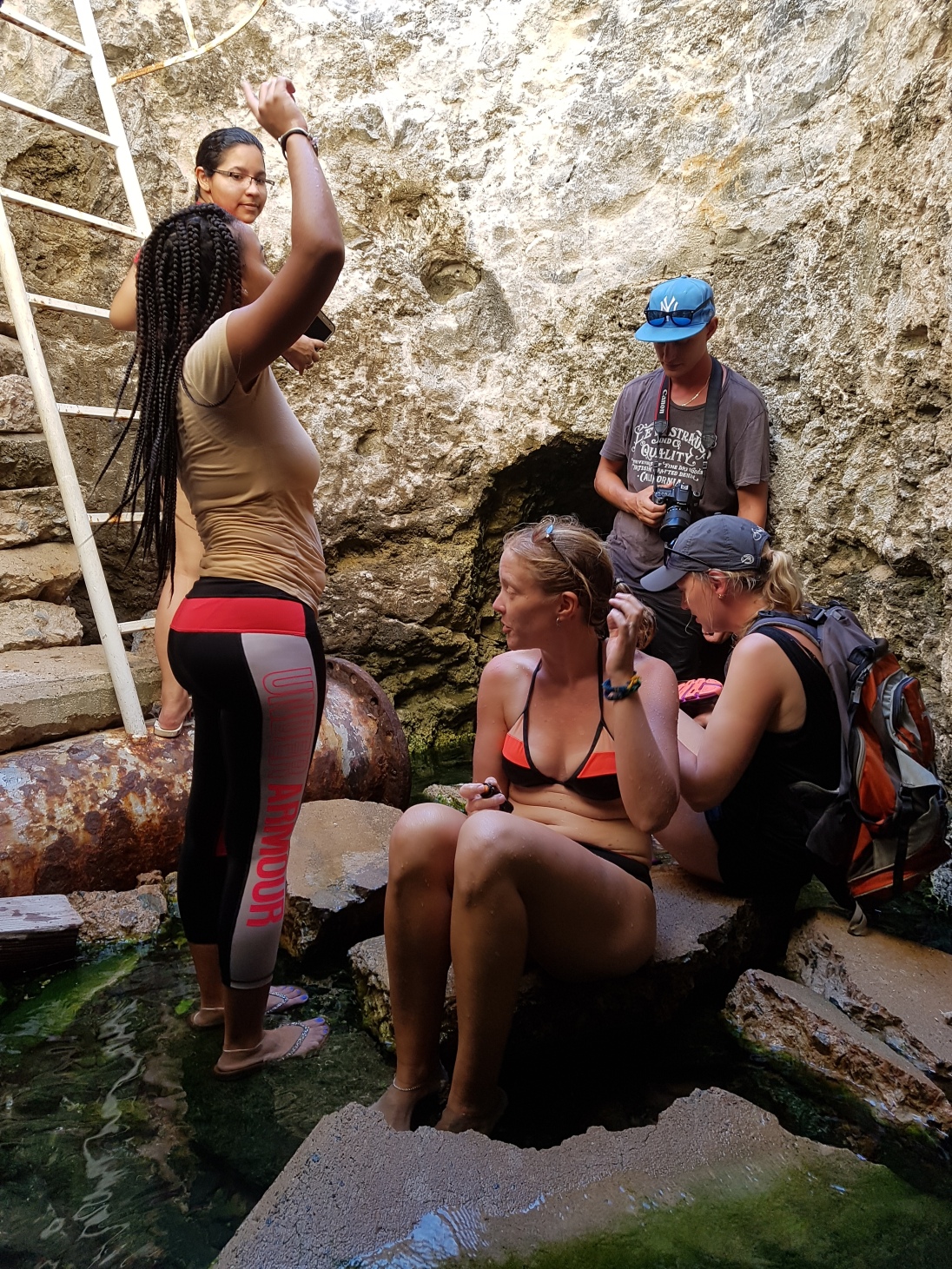 Then we moved south to another anchorage that was really nice and it were supposed to be next to a sunken airplane and another wreck. We spent a few days there hanging out, snorkeling and I did some work on the boat while the others were at the beach. We did not find the airplane since the water was a bit murky where it was supposed to be. But we did find the other wreck. A small tugboat where Hanna and I got to try some freediving with a buoy when we met some free divers looking for the wreck as well. It was fun and they had a few tips and tricks for us. This was a really nice place and we were the only cruising boat around.