Before going to Aruba we had heard very little and mostly bad or at least not good things about it. One fellow cruising boat skipped it because he was afraid customs would confiscate his wine. A lot of comment online said it was a messy check in with a rough dock you had to use. We had almost not heard any positive. But we arrived and called port control on the radio before entering the harbor in Oranjestad just to be sent away to Baracadero a nearby port instead. So we kind of thought this started out bad as well. But after some more radio contact we docked at a nice wooden dock next to some fishing boats and I was off to check us in. We had printed some papers beforehand and the immigration check in was the easiest friendliest so far. So off to the other side of the port for customs clearance a little bit nervous that they would search the boat completely and find stuff to complain about.  But the customs office were more or less a tea party of middle ages women. They were talking high and low about everything and processed my papers quickly and sent me off without any boat inspection or anything. We had to leave our spear gun with them though. So all expectation were completely wrong and it was the nicest easiest check in so far.

We went off to anchor close to Oranjestad and right by the airport since Anders sister were arriving in a couple of days to visit for 2 weeks. One good thing about Aruba they have cheap direct flights from Sweden. there were only 2 other cruising boats there so definitely not crowded. 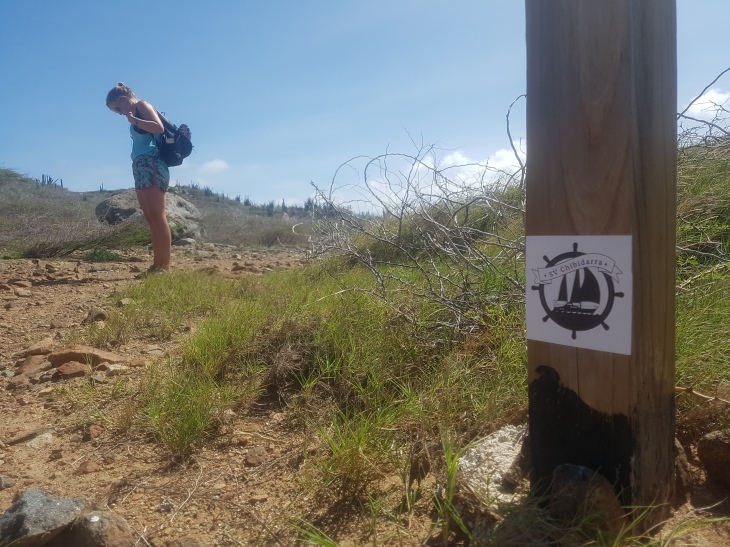 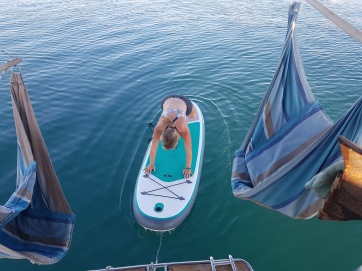 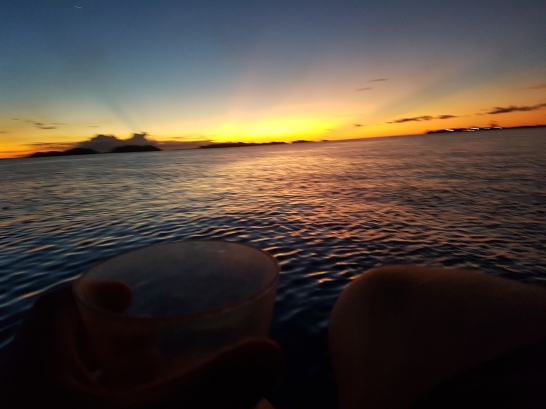 We checked out the town the next day and continued walking by the water or at least by the main road. We were going to check out a bigger supermarket to do some shopping. But the first supermarket was closed for ever and the second one was one of the strangest one we ever been to. They had a huge place with a lot of shelves but almost no stuff in there. Instead of stacking canned food behind each other to get as much as possible on the shelves this was the opposite. A whole shelf of a meter was filled up with maybe 5 cans instead. The whole store was the same. Felt a little like the apocalypse was on its way here.

We bought a couple of things anyway and headed across the road to the beach were there was some big happening. It was court after court of beach tennis. So they had maybe 40 courts for a big world championship tournament. But it was an open tournament so there were people of all levels playing everywhere. We sat down for a while in the big arena watching a game of doubles of some of the world’s best players apparently. It was nice and a bit surprising finding it there. Then we headed of finding a normal big supermarket and then walked back home to the boat.

Aruba so far starting out nice even though the beer could have been a bit cheaper. 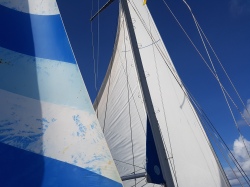